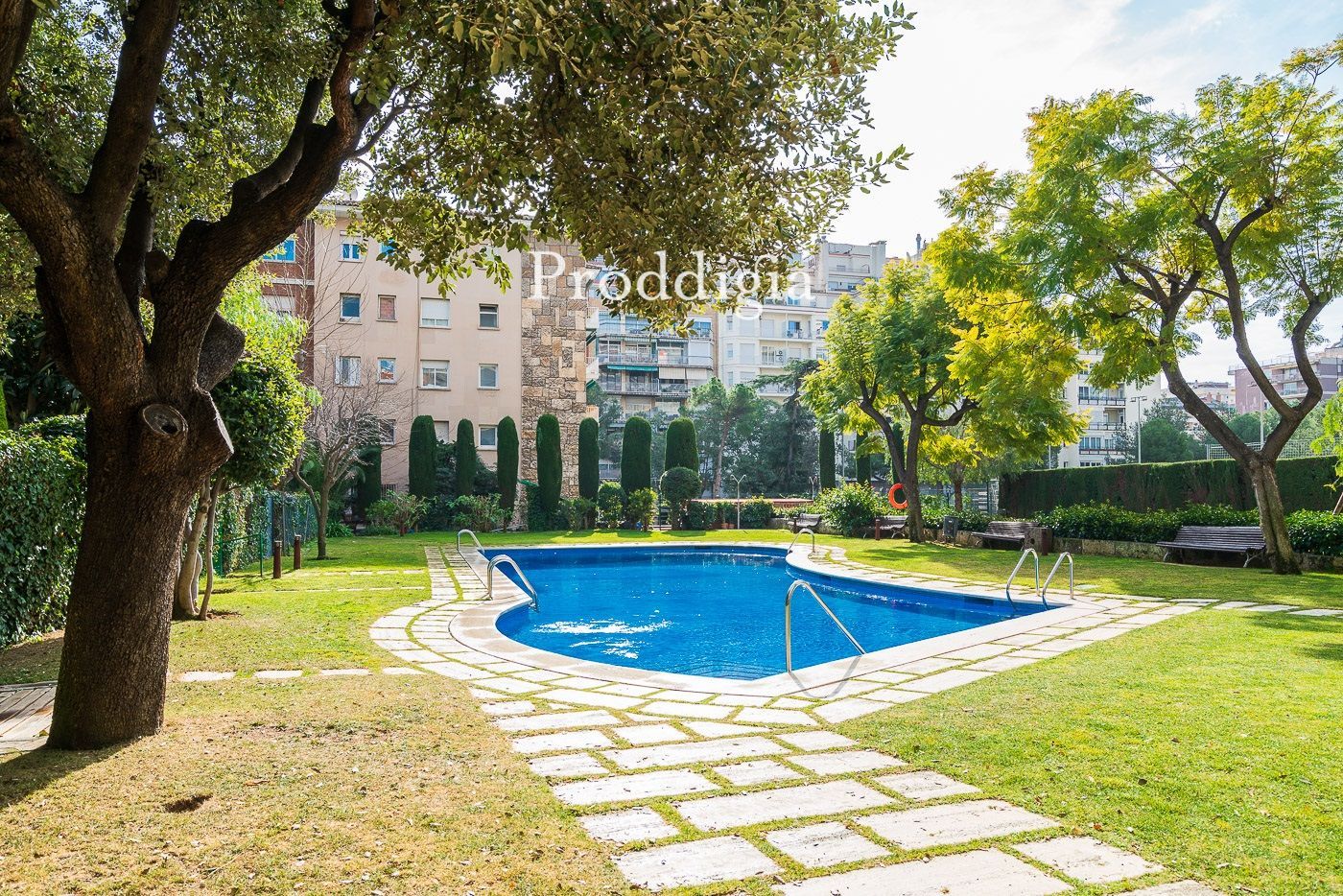 Beautiful and sunny apartment with green areas and pool

The house is located on the fifth floor of a 1960 building on Francesc Carbonell Street (Sarriá), has an approximate useful area of ​​200 m2 plus 3 terraces, and has unique common areas in the area, with permanent surveillance.

The farm is surrounded by green areas, two swimming pools, a tennis court, a sports court, a club house and its restaurant, as well as the property of a farmhouse, facing Manuel Girona street, currently rented; It also manages the three-storey community car park that is located below the green areas.

The kitchen area is accessed from the corridor and from the community forklift, it has access to a service room today used as a laundry room with the possibility of a toilet if desired. The distributor, which is reached through the corridor, accesses three bedrooms, one of them with a full bathroom and the other two with access to two terraces with views of the Tibidabo mountains and the Santa Amelía park. It has air conditioning installations based on Splits.

The community has a concierge service, with housing in the building itself, communal central heating, with a covered parking area on the ground floor with the possibility of 1 space per dwelling and another outdoor parking area for another vehicle.

It owns two spaces for vehicles in the car park that is located under the green areas.

It should be noted that the management of the green areas corresponds to a private entity called Club F, which is made up of the owners of the houses of all the communities, it is financed almost entirely with the income obtained from the rental of the farmhouse.

Do you want to visit this property?